Sonia Boué has created a series of new works about growing up with the invisible shadow of dictatorship. In them she explores the the duality of her childhood, drawing on an immersive painting practice. Through it (and the other branches of her multiform work) Sonia seeks to recover aspects of historic memory (memoria histórica), previously erased by political suppression.

With ¡Buenos Días Dictador! Boué’s previous focus on the narrative histories of the Retirada (Republican retreat from Spain), and British involvement in the Civil War, has shifted to her own memory sites - the return journeys to Spain from England in the 1960s and 1970s.

Her painted responses are conjured scenes (dreamscapes) in which collaged figures plot an upbringing spent shuttling between Birmingham and Barcelona to visit her grandparents. Through these works she examines the fabric of daily life anew.

“The dictator was everywhere, silently and invisibly setting the preconditions of our lives.”

The spirit of these works is nostalgic yet confrontational, employing a juxtaposition of painted and collaged elements as a means of articulating the unspoken. Buenos Días Dictador, forms a visual essay which tweaks at the invisibility cloak of Franco’s rule to ask a serious question; how can we live the life domestic in the face of violent rupture, exile and dictatorship?

In these enigmatic new works the dictator is everywhere and yet nowhere to be seen. Cut-out figures from the period (borrowed from sewing pattern illustrations) are transplanted to imprecise geographical locations. Buenos Días Dictador, is a series of haunting dreamscapes conjuring a surreal and dissonant atmosphere. 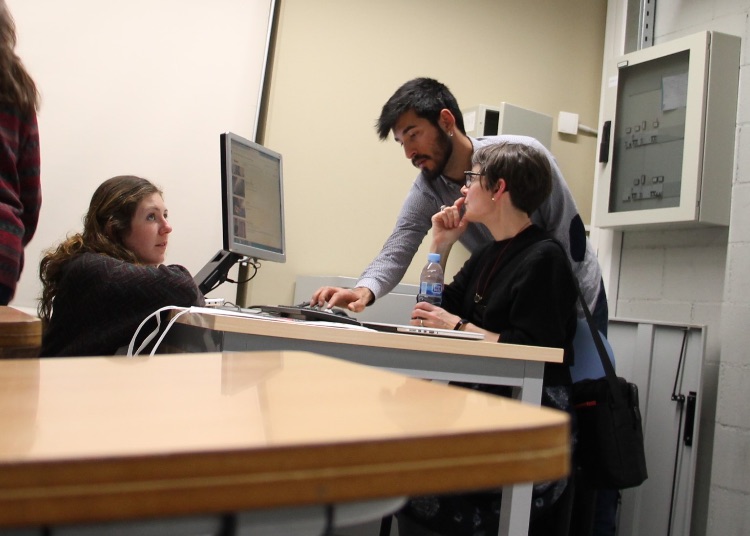