Click on the link below in bold type to listen to the programme.
The Art of Now: Return to Catalonia 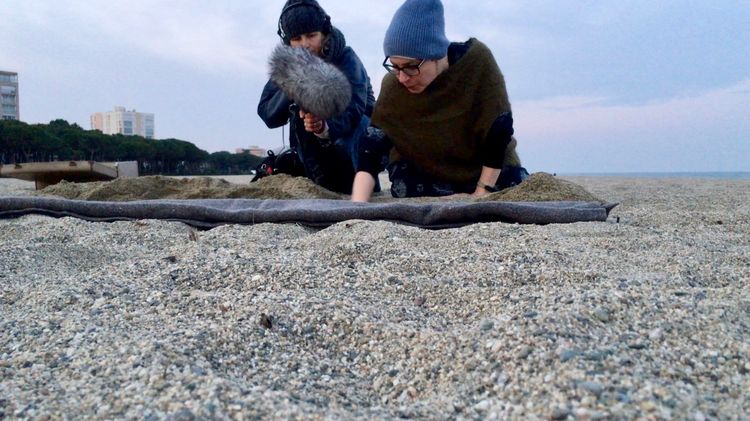 "Anglo-Spanish artist Sonia Boué responds to the Catalan crisis and the Spanish Civil War by retracing her father's exile and exhibiting her work in Spain for the first time.

We chart her journey as she makes her artistic response and navigates her own family history, capturing the processes by which she unravels the complex emotions and memories the unrest in October 2017 revives within her, and exploring her Spanish identity.

In a loving tribute to her father, Sonia retraces his exile in reverse. In 1939, he fled over the Pyrennes to France as Franco's army advanced on Barcelona, never letting go of his grief at being forced from his homeland.

The programme is also a lament for the 500,000 Spaniards who left Spain as the Civil War drew to a close - and indeed for all exiles everywhere, including those like Sonia, for who it is a historical memory passed down to the next generation.

The silencing of Civil War history, first by Franco's dictatorship and then by the "pact of amnesia" which aided the transition to democracy in the 1970s, is a recurrent theme in Sonia's work. She discovers elements of her own history and her father's struggle which are new to her and confronts the very real fears that surface as she prepares to take her artistic practice to Spain for the first time.

It is something she feels she needs to do - and yet she identifies menacing undertows in the recent upheavals in Catalonia that threaten to silence her more than ever before."

The Art of Now: Return to Catalonia - Film Work